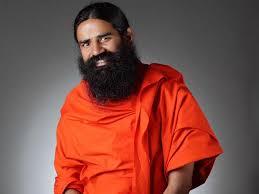 Yoga guru Ramdev Baba has expressed anger over Amir Khan’s movie PK and said the movie should be boycotted by the people.

In a report by a television news channel Baba Ramdev said, “These days any random person comes up with objectionable statements against Hindu religion.”

While a number of FIRs have been registered across the country against Amir’s PK, Ramdev Baba asked the Hindus to unite and protest against the movie.

This is not the first controversy that Pk is facing, as an FIR has been lodged against the film section 153A, 295A of Indian Penal Code on December 23. Prashant Patel, Secretary of Hindu Legal Cell has apparently lodged an FIR against director Rajkumar Hirani, Aamir Khan, producer Vidhu Vinod Chopra and Sidharth Roy Kapur.