A source told the newspaper’s PageSix: ‘Scarlett and Romain were married in a very intimate ceremony after the birth of their daughter. They kept the wedding a big secret because they both wanted privacy.’

The couple ignited reports that they had tied the know when the actress – who was previously married to actor Ryan Reynolds – was seen wearing the ring on her wedding finger at Hurricane Sandy fundraiser in New York.

Although Scarlett and Romain are yet to confirm whether they are now husband and wife, it’s reported they decided against holding the ceremony in his native Paris and instead married at a secret location in the United States. 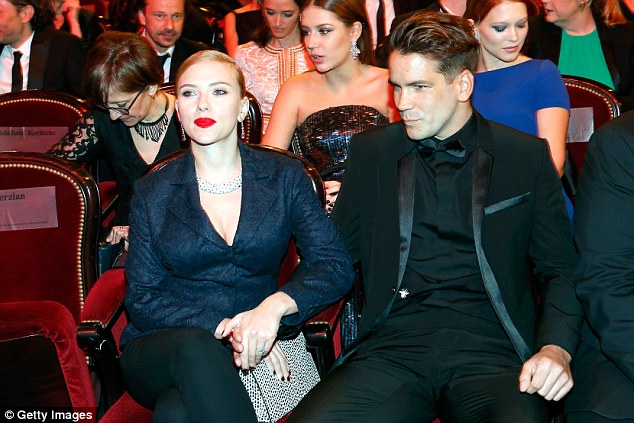 According to the New York Post , the 30-year-old is said to have wed the French journalist in a secret ceremony following the birth of their daughter Rose in September, pictured together in February 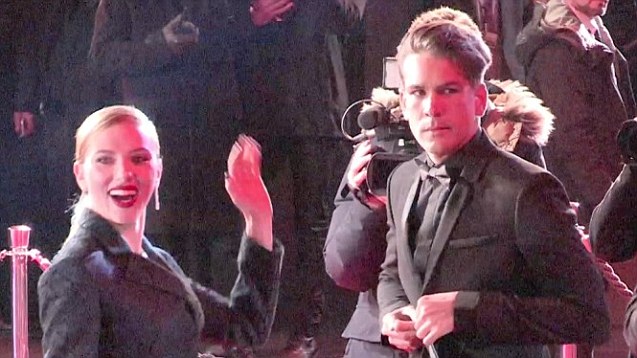 The blonde beauty – who began dating Romain in 2012 and got engaged in 2013 – previously revealed she didn’t want to ‘rush’ into tying the knot as she wanted to ‘enjoy and really savour’ her engagement.

However, the Lucy star was reportedly overheard telling a pal at a Hamptons dinner party in June that she and her fiancé would be married ‘very soon’.

On September 4, a rep for Scarlett confirmed that she and Romain had welcomed their daughter, Rose, into the world. 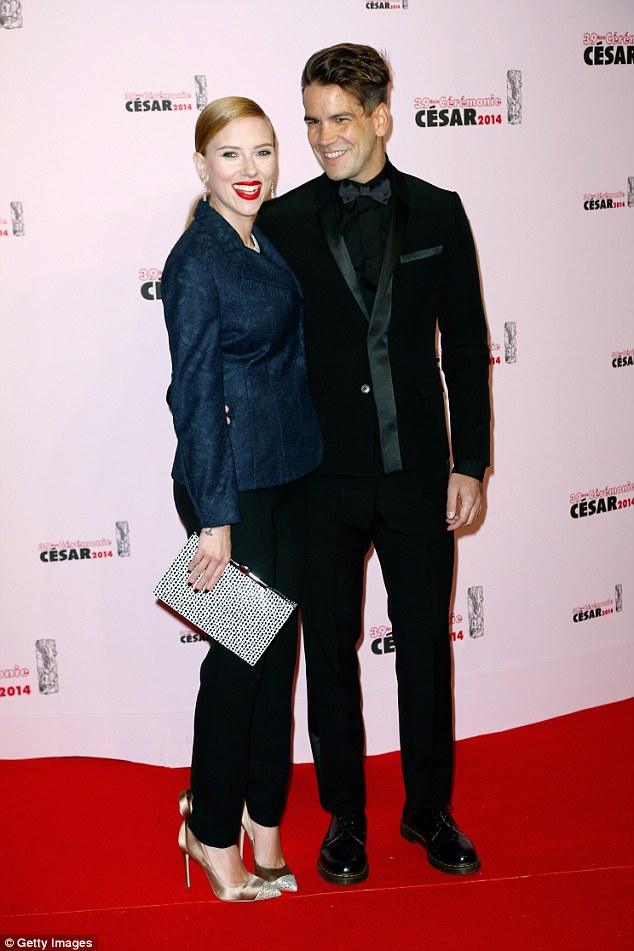 Just two months later, she showed off her post pregnancy figure in a chic navy dress featuring elegant pleating and a belt cinching in her waist at the charity gala.

The Her actress elongated her slim legs with some pointed Christian Louboutin pumps and carried a gold clutch with colourful cut-out detailing.